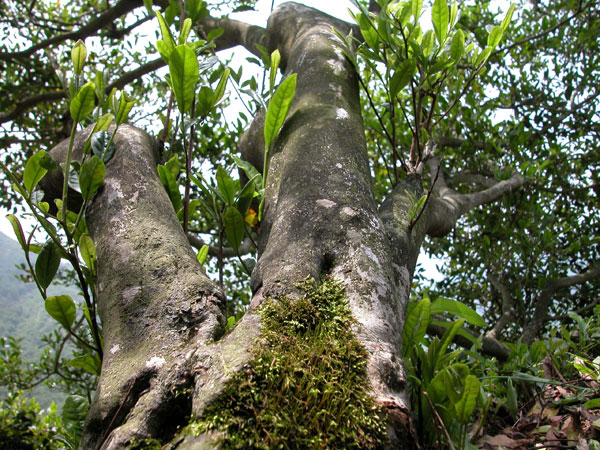 About 150 years ago(1837), Choui Seonsa said, '…The cultivation area of tea plants stretches about 20km around Hwagaedong in Jirisan. This is the largest tea cultivation area in Korea… in his Dagyeong (a book about tea). From old days, there was Chaso in Hwagae. The term 'So' means a place where special local products (such as gold, silver, brass, iron, paper, roof tiles, salt, ceramics, etc) are produced.

The wild tea fields in Hwagae suffered greatly due to reckless deforestation during Japanese colonial era, damages caused by the Korean War, and the planting of fruit trees after May 16 Military Coup. But they still extend over about 20kms. It shows strong vitality of tea plants, and the efforts of local residents including monks at Chilbulsa (temple) and Ssanggyesa (temple) who considered green tea as a rarity.

The tea plants in Hwagae have survived over 1,100 years. To honor this, Cultural Property Committee of Gyeongsangnam-do designated them as Local Monument No. 61 on August 2, 1983.